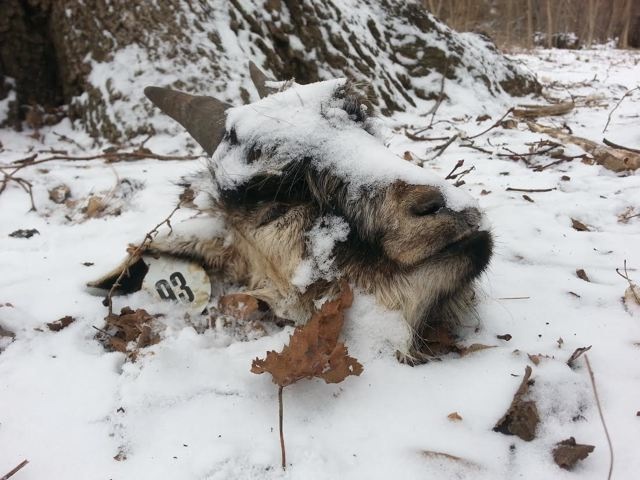 Way back in 2004 a black metal band known as Gorgoroth played a show in Krakow, Poland. As Wikipedia tells it:

“A police investigation took place with allegations of religious offense (which is prosecutable under Polish law) and cruelty to animals.[27] Though these charges were considered, the band was not charged as it was ruled that they were unaware of the fact that what they were doing was illegal, although the concert organiser was eventually fined 10000zł in 2007 as he knew about it and neither informed the band that it was against the law nor intervened.”

Now, isn’t it curious that just over ten years later Gothamist is reporting that a goat head, similar to the sheep heads featured on stage in Poland—a mere 4,300 miles away—shows up in majestic Prospect Park???

Eh, it’s probably nothing. But, at least now you can say you know a bit more about Gorgoroth.

Truth be told, the goat head probably has nothing to do with a lot of things, including Santeria, which continues to be everyones go-to when it comes to mysterious animal parts left in public spaces. Searching the terms “Santeria” and “goat” is very telling, as news articles abound attempting to relate the two, while rarely is an actual solid link found. Conjecture, I say!

Which is not to say that Santeria does not involve animal sacrifice. It absolutely does! But, leaving bags of discarded remains in random spots other than place such as crossroads is not necessarily common. Remember, Santeria isn’t just taped together with a bunch of random psychos doing whatever they want. There’s an actual system at work. A system with rules and guidelines!

Anyway, there’s a goat head in one of our parks. This is strange mostly because goat heads are pretty heavy to carry.