“Hipster Church” in Flushing |:| The Emerging Church Has Read Derrida

A "hipster" Christian. From http://www.hipsterchristianity.com

So-called hipster Christianity as a thing in and of itself is a fairly new phenomenon. However, read as a rhizomatic strand of the larger “Emerging Christianity” movement—a decentered spiritual fun-house of post-everything—it’s been around in some form or another since the early 00s.

Most recently in the literary world, there’s Brett McCracken’s Hipster Christianity: When church and cool collide, a book (and website) exploring what is sometimes called “cool” or “hip” Christianity, noted by a move away from prepackaged ideologies and customs and toward what one might describe as the early-Bob Dylan of Christianity. That is, Jesus the barefooted and wild-eyed revolutionary, and not Jesus the weed-whacking suburban dad.

And now we’ve got a little of the ole self-proclaimed hipster Christianity in human-form right here in our humble ‘hood. Last week The Daily News (followed up by Gothamist) reported on a new un-church church lead by the tattooed one time Brooklyn pastor, Gage Jung. Described as a self-proclaimed “hipster,” Jung’s hipster church is all about being different while sticking to those core Christian values (reinterpreted by our current meme, of course).

So far the service itself seems to be keeping in line with your average corner church, complete with a live band and refreshments. The Daily News reports:

The group’s 1-1/2-hour service features an indie rock band that plays its own religious songs. Instead of using Bibles in book form, congregants use a Bible app on iPhones, Jung said. The service even includes an informal mingling where participants listen to indie rockers like MGMT and Arcade Fire, and chat over donuts and candy.

It’s hard to swallow the choreography of subculture (see: Lipstick Traces or Subculture: The meaning of style) that goes on whenever someone wants to cater to a certain “underrepresented” demographic. But, what’s really hard to swallow is the title itself. I mean, how hard is it to hear the term “hipster Christianity” and not want to kill yourself? It’s hard, right? Even worse, how hard is it to hear someone actually calling himself a hipster Christian? That’s, like, impossible to bear.

That said, I can’t help but love the redefining of a sometimes crotchety ol’ religion. Setting aside the infuriating hipster tag, the idea of a new congregation based on new ideas and theories is almost always exciting to me. And frankly, this whole “repackage Christianity” thing is far from new. Arguably it’s been going on since Jesus decided to reject that vinegar water on the cross, yell out to the Father God for forsaking him, experience the Great It, and than die. Since then there’s been biker Christians, punk Christians, you name it.

And, don’t forget young Jay Bakker, son of Jim and Tammy Faye, who started Revolution(NYC) and gets together to talk shop out of Pete’s Candy Store. Jay’s been doing some version of this left-of-center Christianity since at least 1994, which makes him almost old-school. Definitely pre-hipster. Ooo…I just got chills thinking about the days before hipster when wearing ironic horn-rimmed glasses just meant you were indie. 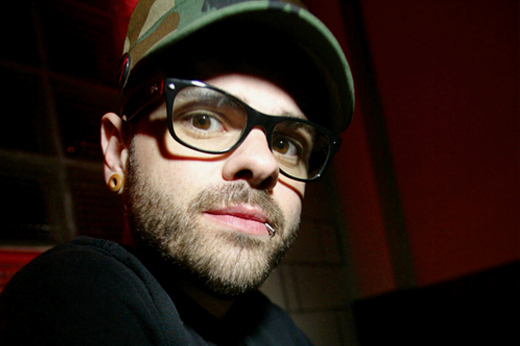 I first came in contact with some of the more “wild” ideas of a postmodern Christianity through the work of John D. Caputo and the ever-spazzed out Slavoj Zizek, both of whom have written at length on the potential of a radically (dare I say anarcho-mystic) inspired (anti-)form of non-hierarchical Christianity. Caputo’s More Radical Hermeneutics was particularly exciting to me, and both his and Zizek’s Routledge publications On Religion and On Belief (respectively) are, for me, core texts for anyone coming from a critical theory background and interested in the Good News.

Of course, none of this has anything to do with anything that would call itself “hipster Christianity” with the exception that some hipsters who might also attend some form of church may have read the introductions to both books while slugging PBRs at free pizza night at the bowling alley.

In any case, it looks like that Old Time Relijun wheel just keeps on turnin’. Always nice to see.