NEW RELIGIONS: The Order of the Stone |:| Don’t Be Left Behind!

Every few months I teach a course called “Start Yr Own Religion” at Brooklyn’s ever-expanding creative arts facility 3rd Ward. In addition to getting to know the world’s religions (and cults) through visuals and documentary footage, students are asked to create deities, symbols, core tenets (beliefs), rituals, and propaganda. Always excited and inspired by what the students come up with, I got the OK to upload some of what’s been going on in class. Here’s a sneak peek into some of the new religions that will soon be taking over the world.

The Order of the Stone

In class I am often working with students on getting the core beliefs of their new religions down to the barest essentials. In effect, trying to get creators to figure out what tenets need to be present, and which ones can we allow to arise in a later dialogue with the tradition itself. So far, The Order of the Stone’s literature is short and sweet and details the two most important tenets of the faith:

Here’s page one expanding on the beliefs of Trolly’s stone mystics….

Page two shows the stone itself, an Alien object left for the willing, and describes its importance…. 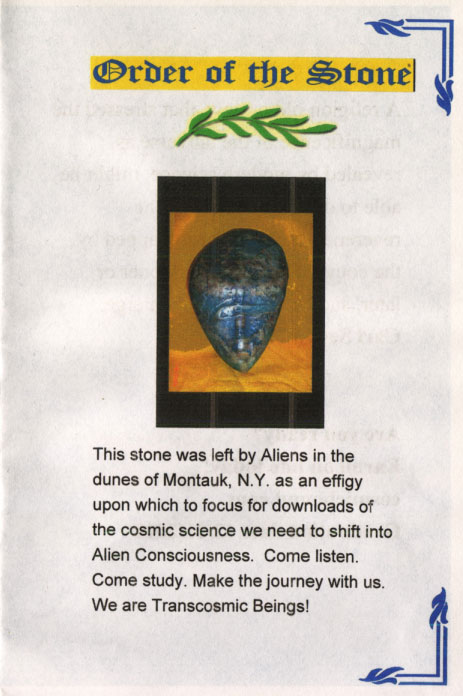 The ritual our class participated in made centering use of proclamations of Alien faith and consciousness, water purification, and the mixing of various plant seeds to be later spread across fertile ground.

Although rooted in what many believe to be a belief in beings “out there,” The Order of the Stone is actually about all that’s “in here,” and is a tradition very much for all.

Don your oxygen tank and come one, come many. And please, leave the Kool Aid behind. 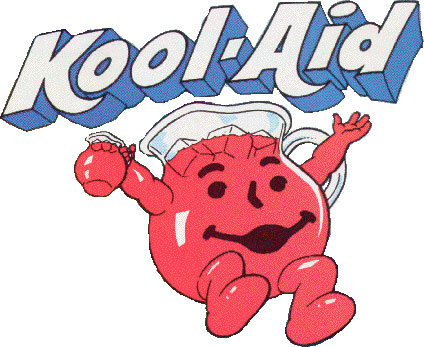