This was my text exchange on Wednesday morning….

OM is the kind of band I would travel hours to go see, and tonight I get to see them in Williamsburg, BK. I am also going to see if bass player/singer, Al Cisneros will allow me to place my rudraksha beads on his amp while he plays. Because, I believe him when he plays. 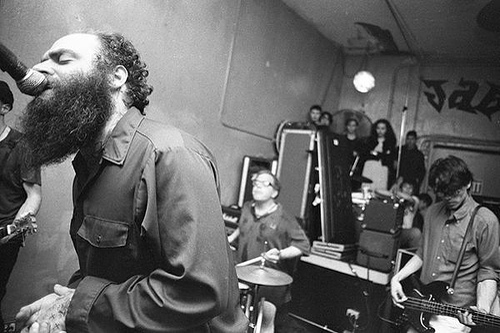 But, then there are groups who I just get the feeling are constantly telling tiny white lies with their performance. It’s almost as if there’s an ulterior motive at work. This old Babarazzi article “Could This Be the Worst Spiritual Song Ever?” comes to mind, which explores this….

Obviously, I can’t prove who’s lying and who’s not. And, in some ways, it’s ridiculous and kinda douchey for me to even bring up.

And, yet. There’s just this nagging feeling that what I sometimes see and hear, especially in “spiritual music” circles, is imbibed with some of the bad kind of black magic….

…which, admittedly, I still enjoy listening to.

But, not as much as the good kind of black magic….