My Santisima Trinidad |:| In Love and Curiosity 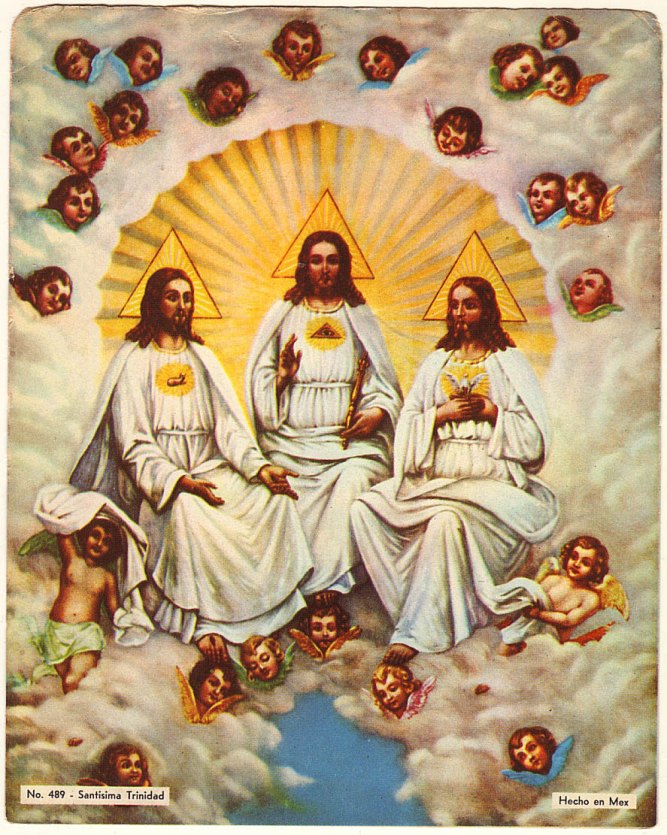 Lately, whenever I sit in front of my altar in The Place of Peace, I find myself irresistibly drawn to contemplating a small corroding image I picked up a while back during one of my botanica journeys of the Satisima Trinidad, or Holy Trinity.

There’s a lot I could say about why the Triple Cosmic Jesus draws my loving gaze. I think what’s most inspiring, however, is simply the experience I get when spying with soft eyes the spiritual conundrum that is the God-as-One-as-Three-as-One (G131), represented here…

…which when contemplated quickens my Spirit and produces the necessary suspension of thought that allows for any real felt-communication with What/Whomever it is I am communicating with.

But, really there’s so much going on in this image that I just can’t help but give up and rest in it all. For instance, why is Jesus (on left with lamb on chest) staring so intensly, while the other chaps are cool, calm, and collected? Why are God’s eyes (in center) so dark?

Why are these little dudes messing with the G131’s jilabiya?

And, why is the G131 stepping on each of these little angels’ heads? 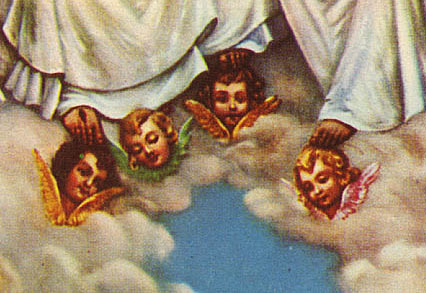 To the above I’d say that what we’re looking at are cherubic representations of the four books of the Gospels, upon which the message of the G131 “rests.” But, why is cherub numero due from left without foot on head? Could that be John, nomme de plume given to the oft understood to be “mystical” Book of John, which unlike the others elevates Jesus to The Word Itself? Is he being held in question due to his gnostic leanings?

If you’re a newbie to working with the concept of G131, the basic idea is that God is God, Jesus is God in Flesh, and the Holy Spirit (or “Ghost” for the slightly macabre) is the voice or intuition in place of Jesus’ absence. All of which collide into one Supreme God-Force that creates (God), destroys (Jesus), and maintains (the Holy Ghost) all existence. Not unlike (gasp!) Brahma, Shiva, Vishnu. Now, that said, there’s a ton of literature on the matter, and like any good oracle, there’s no consensus on what It all is or how It works. (However, Wikipedia has got a decent enough breakdown of the ideas).

In case you are a visual learner, a fairly accepted understanding is represented by this graph: 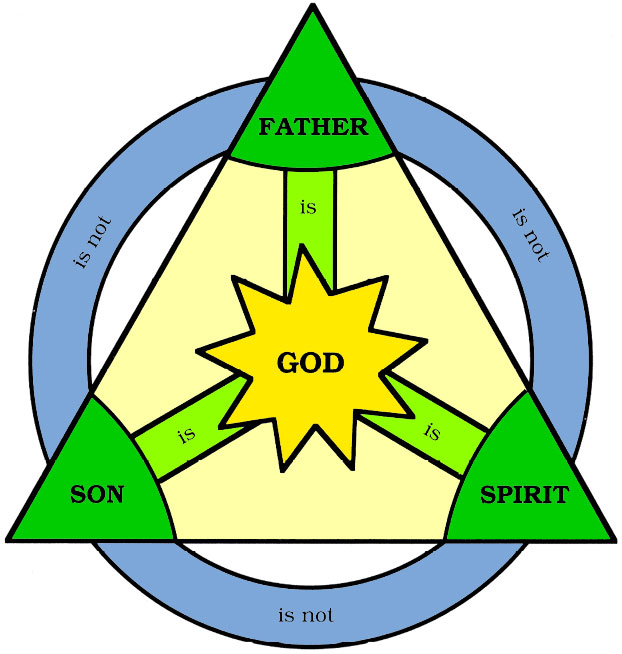 Although, as cool as this image is, I take it with a grain of salt. Which is not to say I don’t work with its understanding and dig the wisdom, but rather for now I’m excluding all the “is not” parts and just sinking into the “Is”—the Is-ness of it all—and letting the contradictions wash over and through me.

‘Cause I mean really, we’re talking about God here. In that discussion it would behoove us to suspend all ideas of what isn’t.