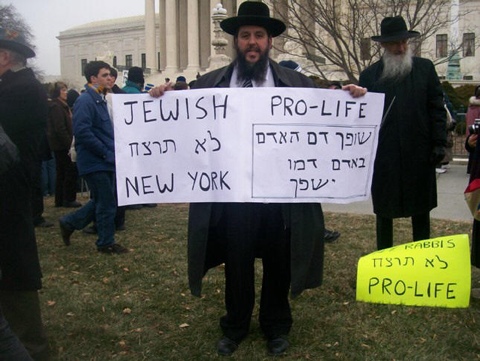 Rabbi Yehuda Levin in it to win it

Remember when fundi Christians had the whole “The earthquake was punishment for butt sex” game on lockdown? Remember the times when if you heard someone say, “God hates fags” you wouldn’t even have to turn around to see who said it, ’cause you knew it was someone at least partially inspired by the Westboro Baptist Church?

Well, times have changed, and now even NYC rabbis are getting in on the “[insert atrocity] was caused by guy-on-guy sex play” game themselves.

According to Gothamist, the very not-very-excited-by-gay-people, Rabbi Yehuda Levin [you’ve gotta click on the link to really get it], has decided and broadcast on the interweb what he feels to be the real reason eight-year-old Leiby Kletzky was drugged, raped, and then dismembered.

[Skip to about the seven minute mark if you want to hear the amazing spiritual acrobatics that without a doubt confirm why young Leiby was murdered in such horrible way].

That’s right. Jews who supported gay rights, gay marriage, and abortion clinics are to blame for the chopping up of an innocent young boy.

And here I was thinking it was just a white thang….