Not sure if you caught this a few days ago: The Brooklyn Jewish newspaper, Der Zeitung, was caught erasing both Hillary Clinton and an unnamed female White House staffer from the now famous Situation Room photo capturing the moments when White House peeps were reacting to Osama bin Laden’s (supposed) annihilation.

The incredible disappearing act went from this…

Of course, the altered photo was immediately lambasted by Jews sympathetic to the female presence in the world. Rabbi Shmuley Boteach, a New York City radio show host and best-selling author, called the altered photo “absolutely unusual,” while Jewish Week writer Rabbi Jason Miller called the manipulation an “act of censorship” and “a violation of the Jewish legal principle of g’neivat da’at (deceit).”

The newspaper apologized for the tampering with history siting Jewish “modesty laws” as reason for the slick photoshop work, along with hasty oversight for not reading the caption on the official White House image which explicitly states that “the photograph may not be manipulated in any way.”

But, come on. Isn’t this really about Hillary’s jacket? Isn’t it always about the jacket? The same jacket she wore on Saturday Night Live! A sketch comedy show employing farce and mimicry as humorous romp. And you’re gonna tell me this isn’t all staged?

So volatile is the simple movements of the female form that Secretary (still?) of State Hillary Clinton had to call her hand-over-mouth faux pas a cause of allergies and not anxiety. ‘Cause you know, God forbid Clinton has an emotion. Get it together, woman!

I mean, really, Hillary. You can’t have your hand over your face in a photo like this. You’re being photographed at a very intense moment. You need to choose one of those other, more assertive, gestures like crossed-arms-over-chest or flabby-arms-down-at-side. This whole “I’m a woman and I express emotion once and a while” thing is way too much.

You need to act more like that other lady in the back that got nixed. 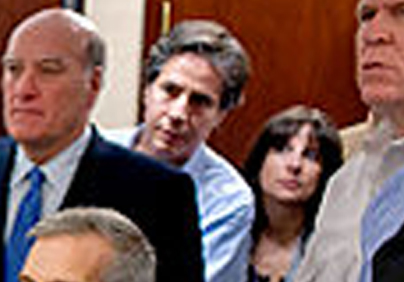 Stone cold straight shooter style, with a slight case of ghost boy from Three Men and a Baby: 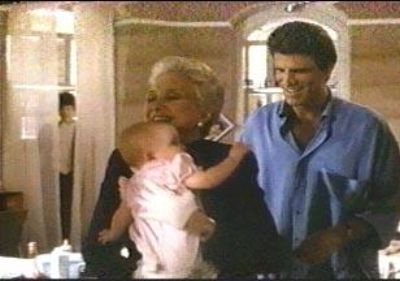 Or, at least pick up a baby and gloat insatiably over its retardedly cute features.